By Donation. Open to the public as part of our Visual Art Exhibit.

As part of our Visual Art Exhibit, listen to the play, Suspension by Hayley Moorhouse, through your own device or our sound system as you wander the gallery. Headphones provided.

Suspension by Hayley Moorhouse
Above: a plane has exploded. The wreckage hangs suspended in the sky.
Below: a suburban backyard. Two lawn-chair philosophers gaze upwards, jumbo Slurpees in hand.
Set in a dreamscape, or a memory, or a reality beyond imagining, Suspension is a surreal dark comedy about what it means to bear witness. 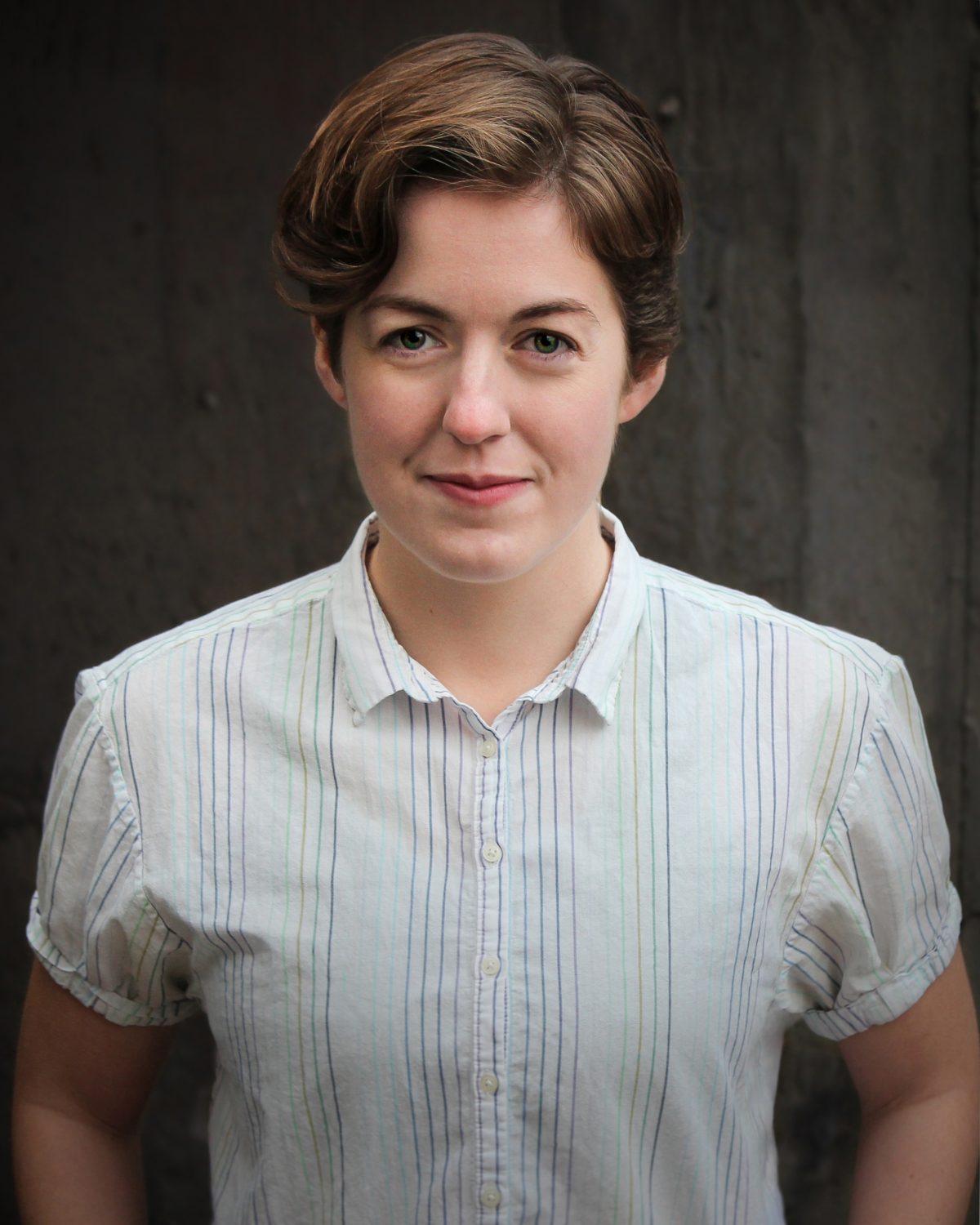 Hayley is an Edmonton-based actor and playwright. Recent performance credits include Once We Were Queens (Neon Pomegranate), Slight of Mind (Theatre Yes), The Bully Project (Concrete Theatre), Off’d on Whyte (Found Festival), A Bright Room Called Day, The Lower Depths, The School for Scandal and Richard III (Studio Theatre). She debuted her solo show Bird Signs in a workshop production at last year’s Nextfest. Her play Suspension had its premiere production at the 2019 Edmonton Fringe, and Hayley is thrilled to be reviving it with SkirtsAFire Festival in a brand new radioplay format! Thanks to Cardiac Theatre, What It Is Productions and the Alberta Queer Calendar Project for the support!

« Back to All Events

< BACK TO ALL EVENTS

Help us raise $10,000! @CapitalGMCBuick will match donations received now until August 7th, up to $5000. Please help us reach our goal and support women in the arts in #yeg and beyond! skirtsafire.com/dona…

CALL FOR ARTISTS! We are now accepting submissions for our 2023 festival. skirtsafire.com/call… pic.twitter.com/c03T…

Celebrate with us as at our AGM on July 19th, 7-8pm! You'll enjoy snacks, drinks, music by the incredible Cynthia Hamar, and an excerpt from our 2023 MainStage play. Save your seat by registering at skirtsafire.com/agm by July 12. #yegarts #yegtheatre #yegmusic pic.twitter.com/BKYi…

@YouthWrite is an inclusive, multi-disciplinary writing camp offering young writers the chance to work with superbly talented instructors including Annette Loiselle! Happening this July in #yyc, let the youth in your life know about this great opportunity! youthwrite.com

Stay up to Date!

Get the latest news, event info and performance details for SkirtsAfire via email.