Tickets by donation at the door

A tease of new plays

Satisfy your passion for new work and catch a preview of two plays by local women playwrights. These works are presented in partnership with the Alberta Playwrights’ Network and dramaturged and directed by Tracy Carroll*. Our selected playwrights for 2020 are Jessy Ardern and Giorgia Severini. They received a cash prize, one-on-one dramaturgy, and 3 days of workshopping for their winning submissions.

Our annual deadline for submissions of new plays is November 1st.

Tracy is a co-creator of Peep Show!, which started during the inaugural SkirtsAfire Festival in 2013.

She has worked as a director, dramaturg, youth theatre programmer and producer for many years having worked for the Fringe, Alberta Playwrights’ Network and The Citadel Theatre. Dramaturgy credits include The Mommy Monologues for the 2017 SkirtsAfire Festival, The Preacher, The Princess and a Crow by Nicole Moeller, The Book of Ashes by Emil Sher and The Invention of Romance by Conni Massing. Upcoming, Tracy is the director/dramaturg for Last Chance Leduc by Katherine Koller, playing at the Backstage Theatre at the Fringe.

A talkback with the playwright will take place after each reading!

A young German traveler didn’t think there was anything wrong with travelling for a year, especially to Canada. But Canada seems to have a lot of strange rules and values that he doesn’t understand. The border agents, Morley and Minot, seem to know something he doesn’t, and treat him like he is personally responsible for Canada’s border crisis. And maybe it’s his imagination, but the beaver on the desk seems suspicious.

Kit and Joe haven’t seen each other since they were kids, during a terrible summer when everything went wrong. Now they’ve come home to untangle the truth of what really happened all those years ago – and who was really to blame.

The 2020 runners-up are Pressure by Amanda Samuelson and Suffragette City by Harmonie Tower. They will each receive a 1/2 day workshop during SkirtsAfire Festival.

*SkirtsAfire engages under the terms of the Independent Theatre Agreement, professional artists who are members of Canadian Actors’ Equity Association 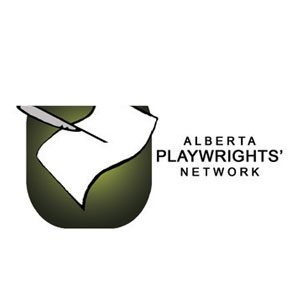 « Back to All Events

Stay up to Date!

Get the latest news, event info and performance details for the upcoming SkirtsAfire Festival via email.